It has been a while since I have posted, even though I check the posts in LJ pretty often.. To be honest, neither blogging or Twitter worked well for me, I just could not find myself there. But what is working worked well is Instagram. I think I have always loved graphic and photographs, they always made me happy. I have got a new camera and currently nature photography makes me so so happy!

PS: I am reading (listening) to a lot of audiobooks and still loving my favourite TV shows!

Just wanted to say hi! I am mostly on Twitter nowdays ( https://twitter.com/mindneedsbooks ) as it is a concise, mobile-phone friendly, and robust way of expressing my thoughts.

But - the Hannibal season 2 is started and I am watching (with the family) and marveling at the Perfect White Suit Hannibal is wearing. 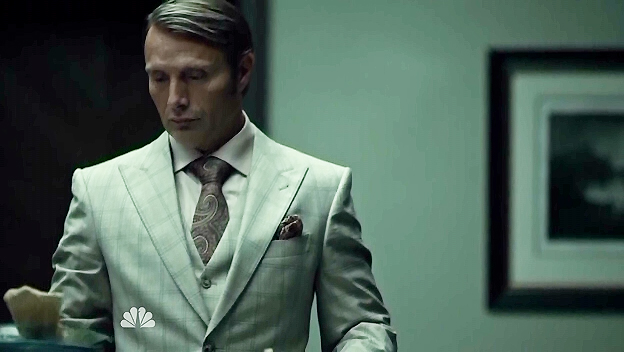 How are you? What you you watching/reading nowdays?

Merry Christmas! Hope, Peace, Joy and all other great things to you all!

I still love the series but the book 3 felt like going over the hill after the book 2.

Review in my blog : http://mindneedsbooks.blogspot.co.uk/2013/10/abaddons-gate.html

Guillermo del Toro can do no wrong for me, even if it is a film about Giant Sharks vs Giant Robots. Mini-review in my blog: http://mindneedsbooks.blogspot.co.uk/2013/10/normal-0-false-false-false-en-gb-x-none.html

LJ have been annoying me so much (it feels so outdated and never works!) that I have created a blog to post my thoughts when I need to say anything longer than 140 twitter characters. I wish I could turn back the time and start a blog on blogger or wordpress 10 years ago. Both platforms (as well as LJ ) existed 10 years ago, but LJ is kind of dying right now where blogger and wordpress are not. The blog is new and lonely and I hope I stick to it:

I loved Leviathan Wakes (the first book in the “Expanse” series by James S.A.Corey). It was a good old-fashioned space opera with elements of mind-bending science fiction. It had the most interesting alien life form since Stanislav Lem’s “Solaris”. And it had vomit zombies. But at the same time “Leviathan Wakes” was so male-centric that the journey of its main character (Holden) has never become personal for me..

And then I began reading the second book in the series, “Caliban’s War”. From the start, it was a much faster paced book than “Leviathan wakes”, and it had a very good continuation of the main story arc about the alien life form. Plus, the series progressed in the second book: where the first book’s emphasis was mostly on the space opera elements, the second book moved further and did a very good job at character development arcs. I started to care so much more for Holden as he gained few dimensions in the book 2. The same happened with the other book 1 characters.

Besides this, several new wonderful characters were added. And few of them were female. I loved them all, especially Bobby and Avasarala. I love to see gender stereotypes reversed, and it was great to read about adventures of super-capable space marine Bobby and caustic-mouth string-pulling politician Avasarala.

I liked “Caliban’s War” so much that I would give it 5 stars. To add, the series has a very capable audiobook narrator, Jefferson Mays. He has a pleasant voice and is really good at multi-character work where he subtly changes his voice in every chapter depending on the chapter’s POV .This is particularly welcome in a long series with many characters like Expanse.

Writing in the 1st person isn’t easy as the value of the book to the readers becomes linked with the value of the single character. In the case of "Broken Empire" trilogy everything becomes binary. There are two types of people in the world: those who find Jorg Ancrath fascinating and those who don’t. I am in the first category. I have found Jorg to be an exceptionally interesting protagonist.

This said, I don’t really like Jorg. There are few things that he does at the very beginning of the series (i.e rape) that for me mean intense dislike no matter how bad his childhood was.

But do the bad deeds made him less interesting to me – no. Not at all! Mainly because I have never stopped wondering what he is going to do next and he always managed to surprise me. But also because he felt very real: arrogance, megalomania and all. I caught myself several times thinking of him as if he was a real person.

Another great thing about “Emperor of Thorns” is it's world building: it is original, detailed, consistent, complex and relatable. The science part of it makes perfect logical sense, and so does the magic part. Everything is explained and no loose ends are left untied at the ending. Beautiful world building!

There was a couple things that niggled me in "Emperor of Thorns": I thought the road trip was too long and several part of the book could have been edited out without any detriment to the story. And to tell the truth, the book won't pass too far into Bechdel test on gender bias as every female character with more than one line of dialog is in love with Jorg.

To summarise: I enjoyed "Emperor of Thorns" and Broken Empire series a great deal.

In this episode we see the direwolves in quite a few scenes. For me, this makes the episode memorable.

Another thing to note are costumes. They are so unusual. It amuses me to see how the costumes and the hair styles form GoT have influenced real life fashions and hairstyles over those three years since the show have been running. I especially welcome the return of the fashion to braid the hair in the Northern way ( like Sansa's ). It is really pretty and easy to do.

Sophie Turner is so pretty : ( Collapse )

Before starting seasons 2 and 3 I started a re-watch of season 1.

I seem to notice things that I haven't noticed before and love things I was lukewarm about before. I don't know why I was always so against Catelyn. I seem to adore her the most. I was always so crazy about Ned, and blamed Catelyn for her decisions. I must have changed because now I understand her every decision and every thought. She is managing the estate, children and supports her husband, she has so many responsibilities. I absolutely "get it" why she doesn't like Jon Snow. To face the truth - I have to admit I would have reacted the same way to my husband's illegitimate son, especially if said husband was as secretive about his son as Ned is about his. Also, Michelle Fairley is purely fabulous. Her every scene with everyone of her children is perfect.

The thing that felt most jarring was Dany and Drogo wedding night scene. I don't know where I was looking before (making screencaps of the gorgeous sunset?) but the scene is horrible. I absolutely can't ship these two.

I need to gripe about Lj a bit too. I haven't been posting for a while, and it seems that Lj works even worse than before. It took me 3 attempts to type a comment (everytime taking me to some advertising page), the site is slow and layout is clunky. CSS is all over the place ** Sigh ** Lj was such a good idea at some point, I loved it so much, how come things gone so wrong?
Collapse